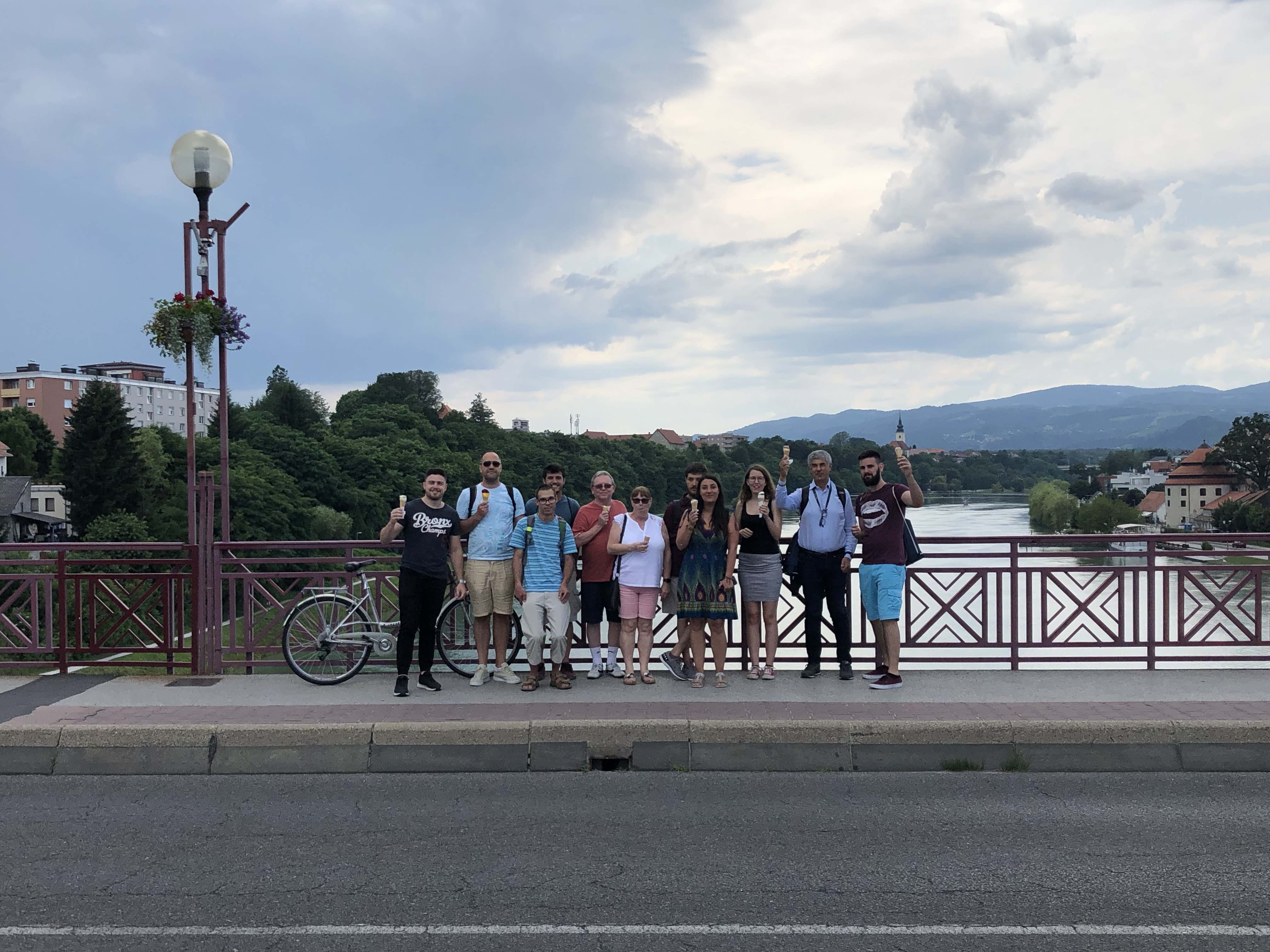 The fifth mobility activity in the project Education for Deeper Social Integration (EDSI) was held in Maribor in the beginning of July 2019. It was implemented in the framework of the Erasmus+ program, under the umbrella National Agency Cmepius.

The last international activity in the project of Education for Deeper Social Integration (EDSI) took place in Maribor. The activity has been attended by the educational staff from Slovenia, Greece, Spain, UK, Bulgaria, Czechia and Italy. In the first part of activites we focused on theoretically posed questions for the participants. First we defined social entrepreneurship, what it’s role in employment of vulnerable groups and increase of social cohesion. We held a presentation of how we set up Romani kafenava and the issues we faced before and after we’ve opened it. This module represented an intro in the next module; we have afterwards extended it with a public workshop. In the second module we have presented ways of successfully putting theory and practice in the frame of education of adults with fewer opportunities. To successfully educate adults with a very low level of formal education and little work experience, it is key to connect theoretical lectures with a lot of practical tuition. In the hosting organization, model of learning through work was shown to be very successful but it also requires a targeted approach, which is adapted to the specifics of particular key groups and training for mentors who can successfully complete the process. Participants were presented with key methods for learning support through work. The third module revolved around use of cultural events to bridge the divide between local communities and minority initiatives; a model that was also used at the setting up of Romani kafenava. Culture also offers a good platform to address more complex questions. Together we have visited an exhibition of Mladina cover pages which was made possible with the support of EDSI in which we have addressed the problem of media freedom and shaping of the discourse on the refugee crisis. As a part of the exhibition, we also organized a round table which dealt with the freedom of media and intrusion of anti-migrant and often explicitly intolerant rhetoric in the media discourse. The second part of the activities was dedicated to the visits of initiatives in Maribor and Ljubljana. First we visited a Maribor unit of the Red Cross, which had as a part of the ESIRAS project, opened an office for the integration of asylum seekers. In the end, the project was successful in establishing contact with employees and employed participants of the project at a high rate. Association Odnos (Relationship) and Slovenian Philanthropy held a presentation of their respective programs and how they successfully carry out activities intended to integrate people with international protection. In contrast with the organizations who focus especially on basic competences and basic skills, Pekarna Magdalenske Mreže presented a project Seventh Voice which includes migrants through culture and cultural event and thus opening a chance for people to integrate in the programs which are otherwise – because of narrowly defined target groups – inaccessible to groups outside of their focus. In Ljubljana we visited Alternative Cultural Center Rog, which help non-institutionalized way of integration of refugees in the context of alternative culture. We have decided to hear their presentation because they were one of the first to help with the programs of integration and they also present an interesting alternative to the institutionalized operations backed by the European funds. We’ve wrapped up the visit to Ljubljana with a visit to Skuhna, a successful social entrepreneurship that employs refugees and organizes culinary-based intercultural evenings. As this was the last event in the project we have also organized a concert and a networking dinner in Romani kafenava for the participants and local partners.

Activity included visits to the chosen good practices in the field of integration and education of adults with fewer opportunities where we could see both institutionalized and less formally organized practices. In the frame of activities we have merged together visits to the organizations that focus on people with international protection as well as those that work with other vulnerable groups, especially Roma. That offered a good starting point for comparative analysis of both approaches in the practice. We paid particular attention to the importance of social entrepreneurship in relation to the integrational potential which lies in the organization of cultural events in cooperation with vulnerable groups. 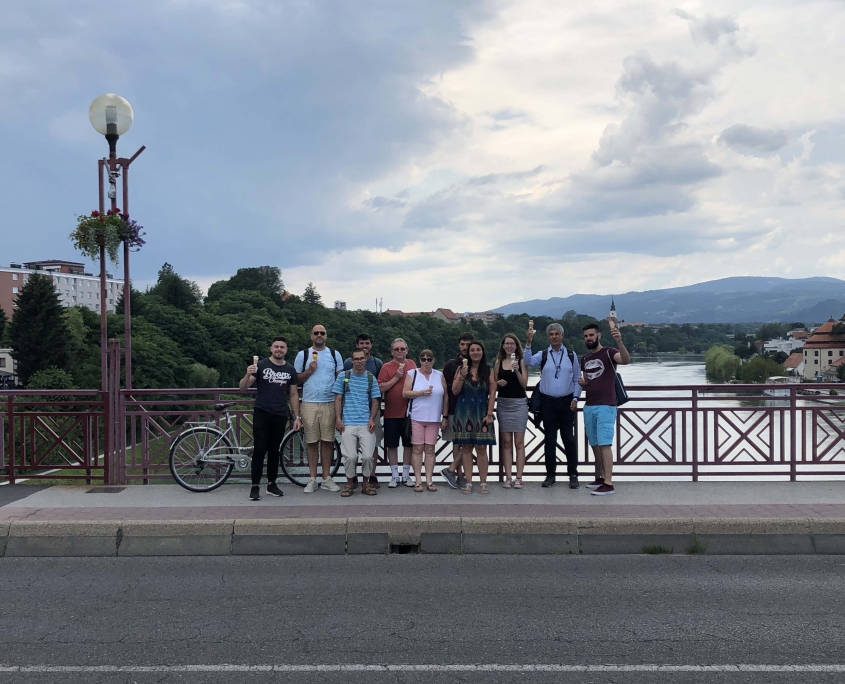 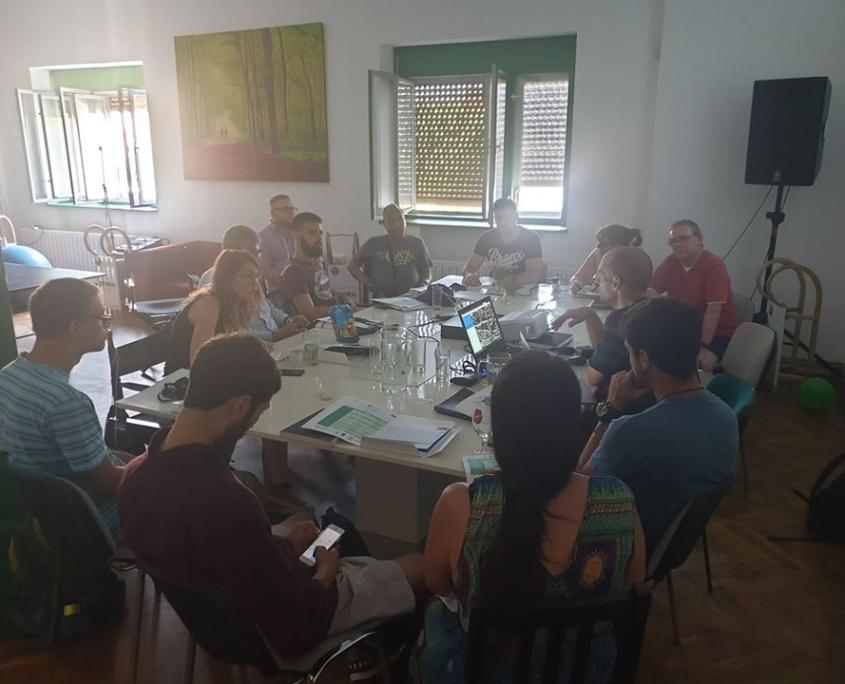 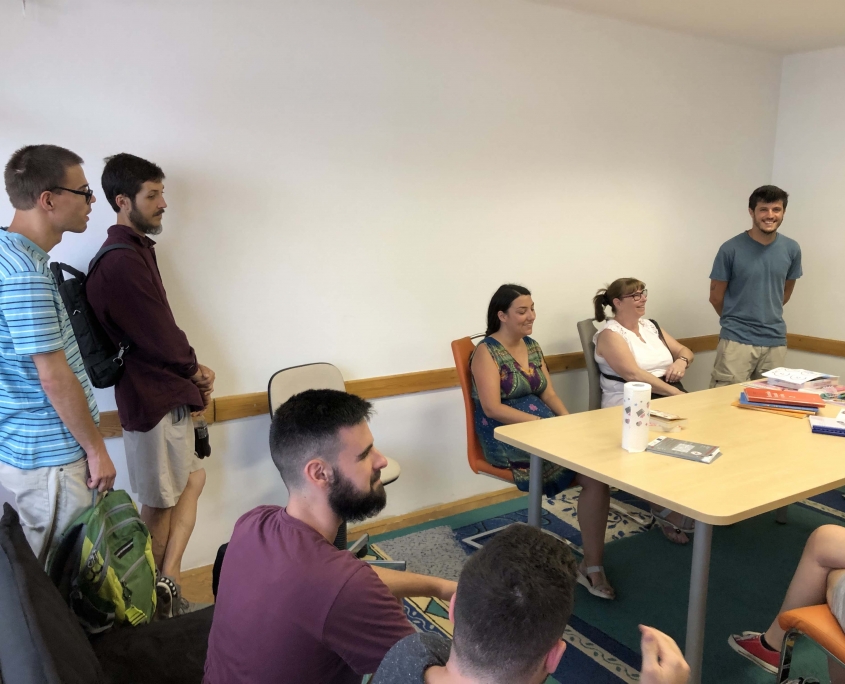 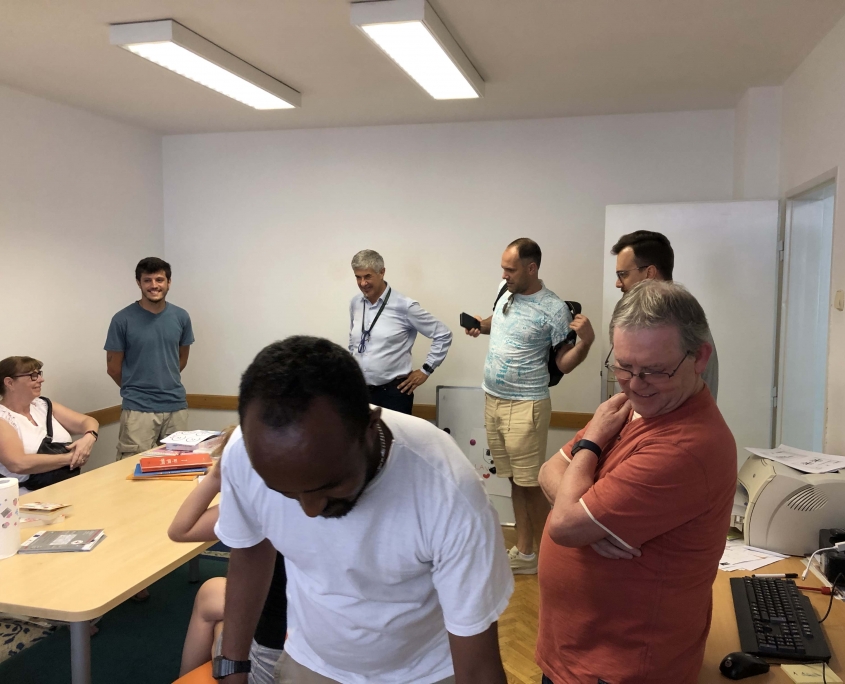 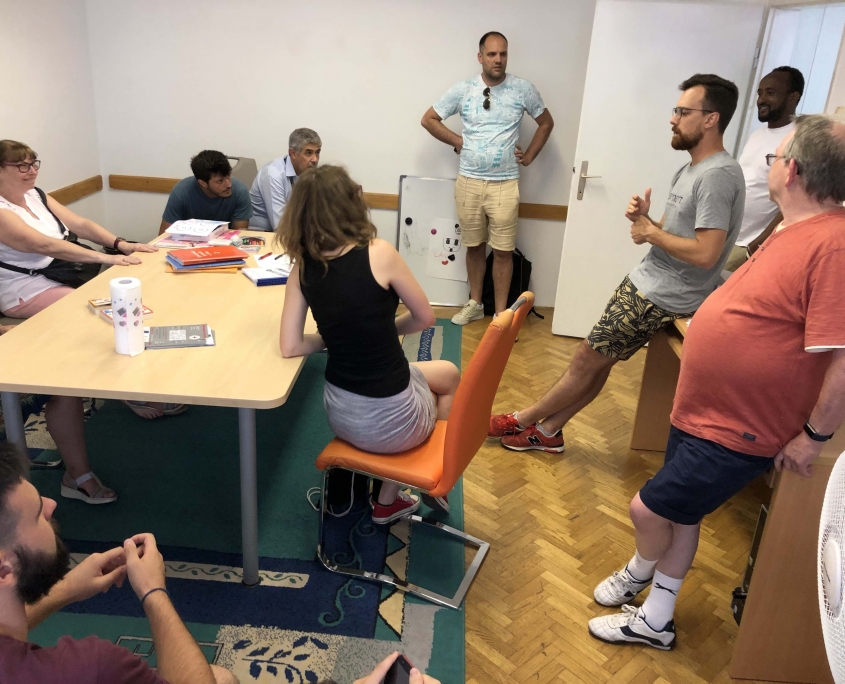 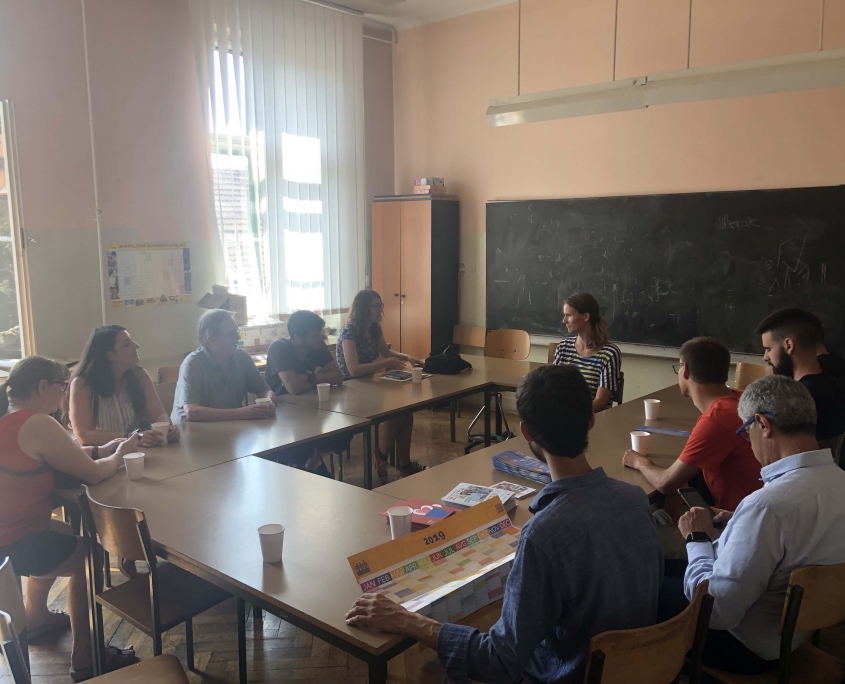 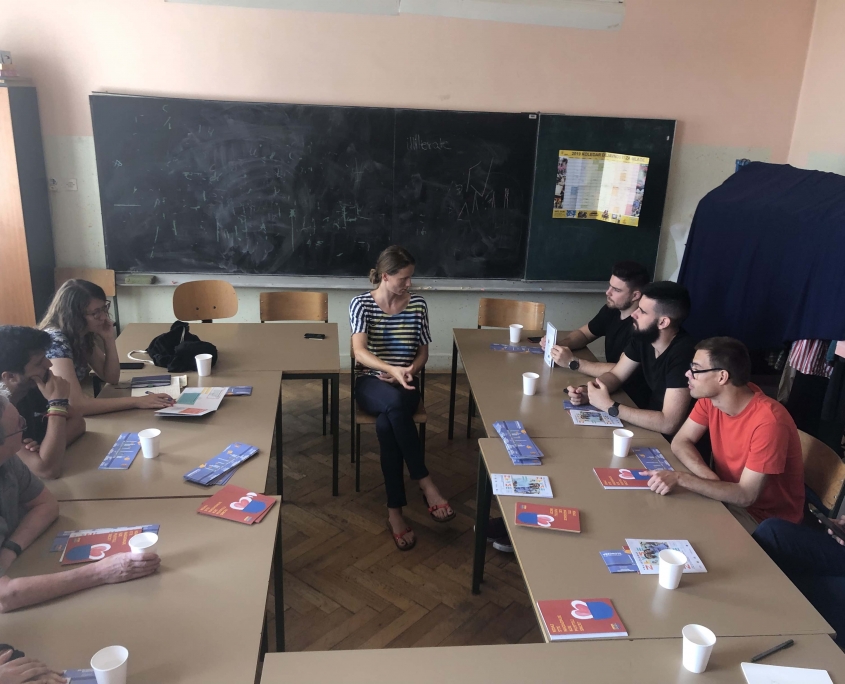 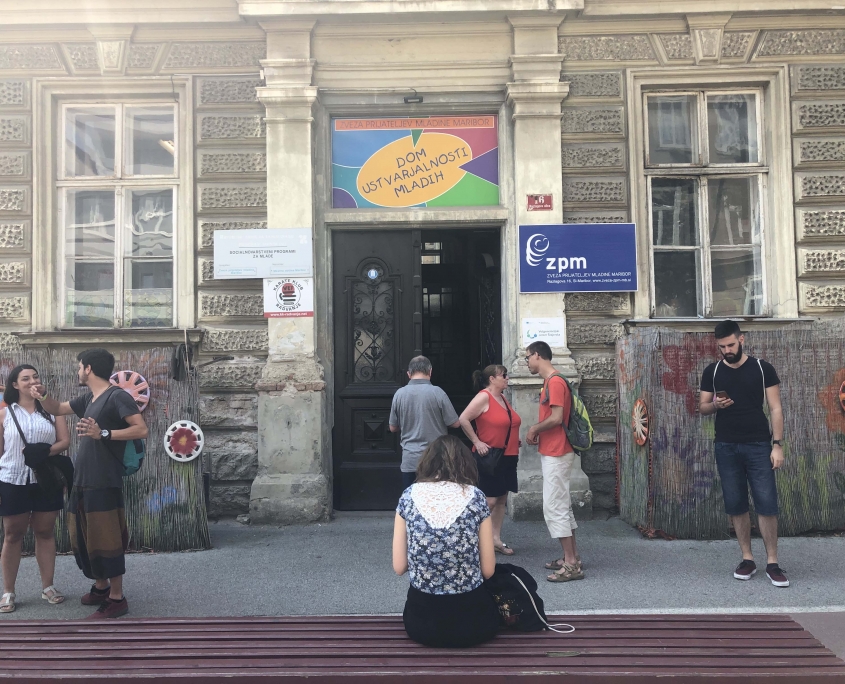 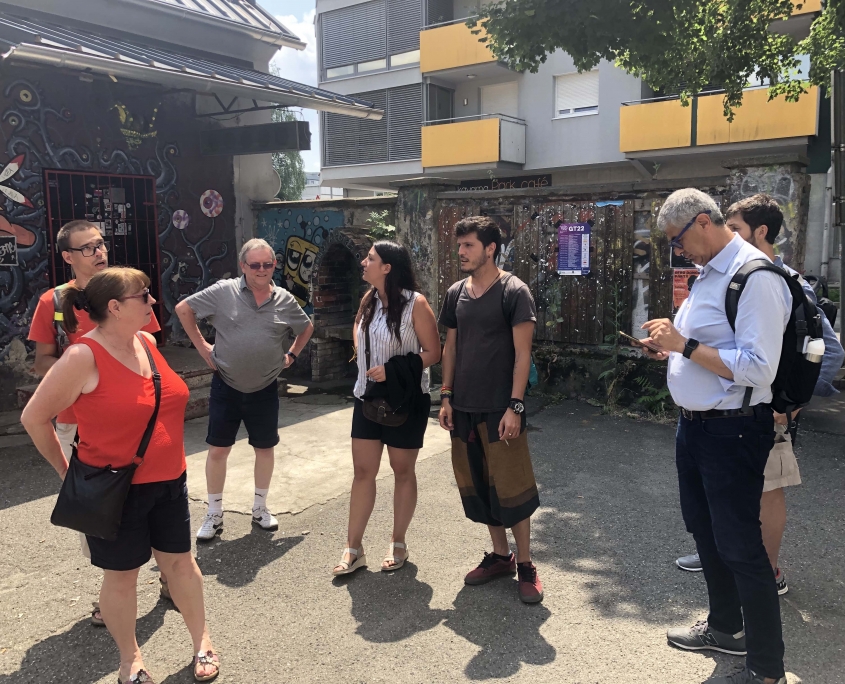 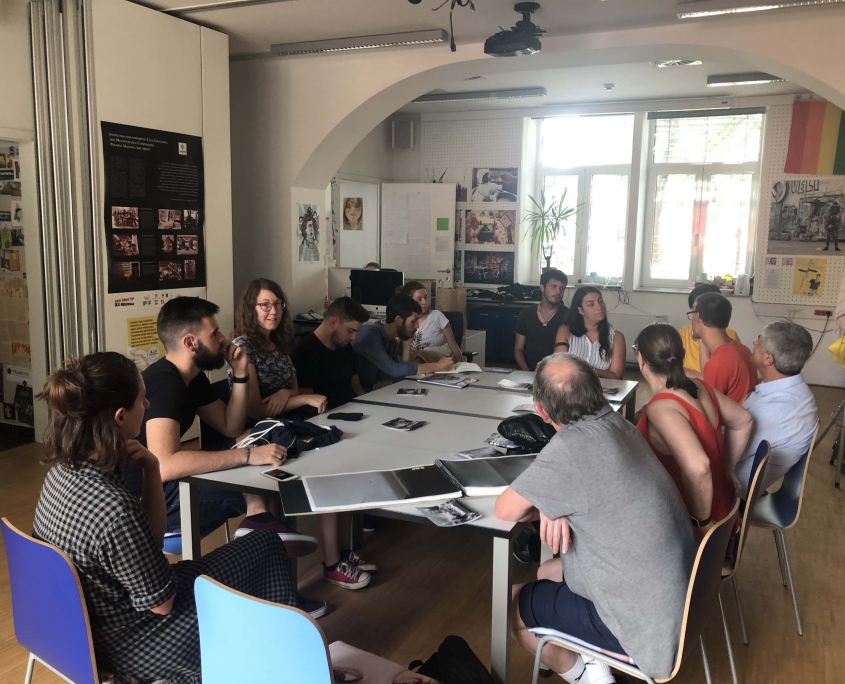 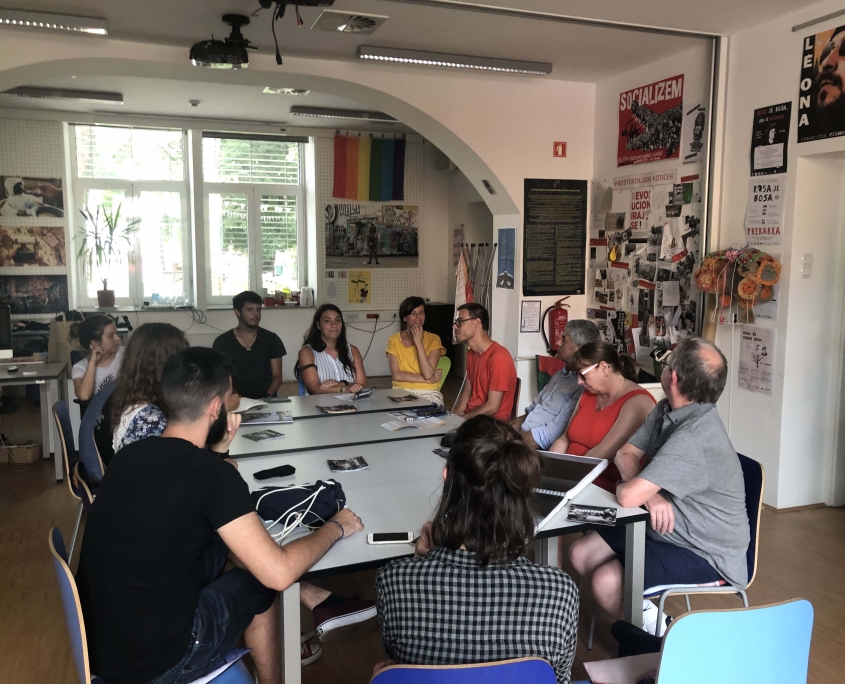 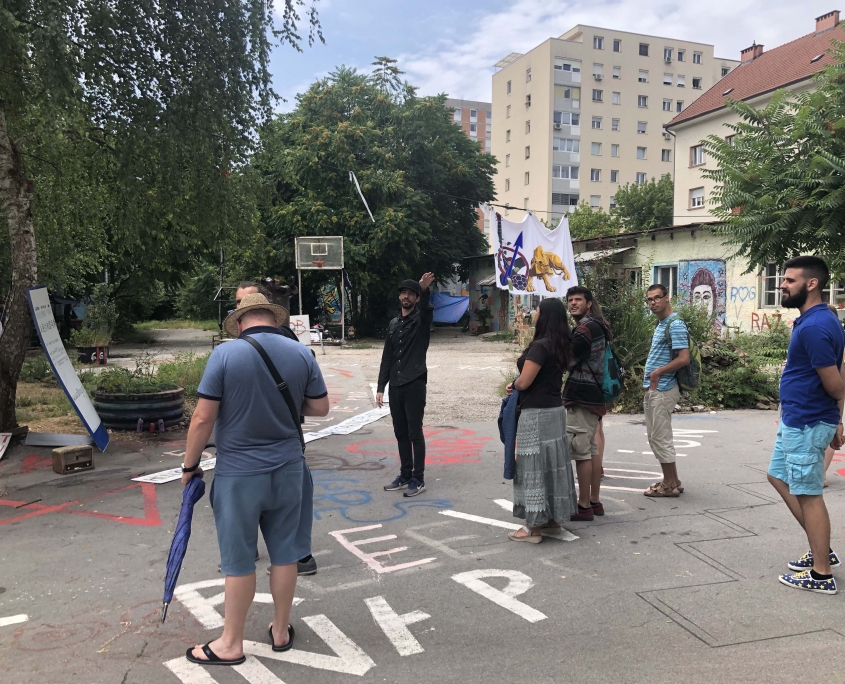 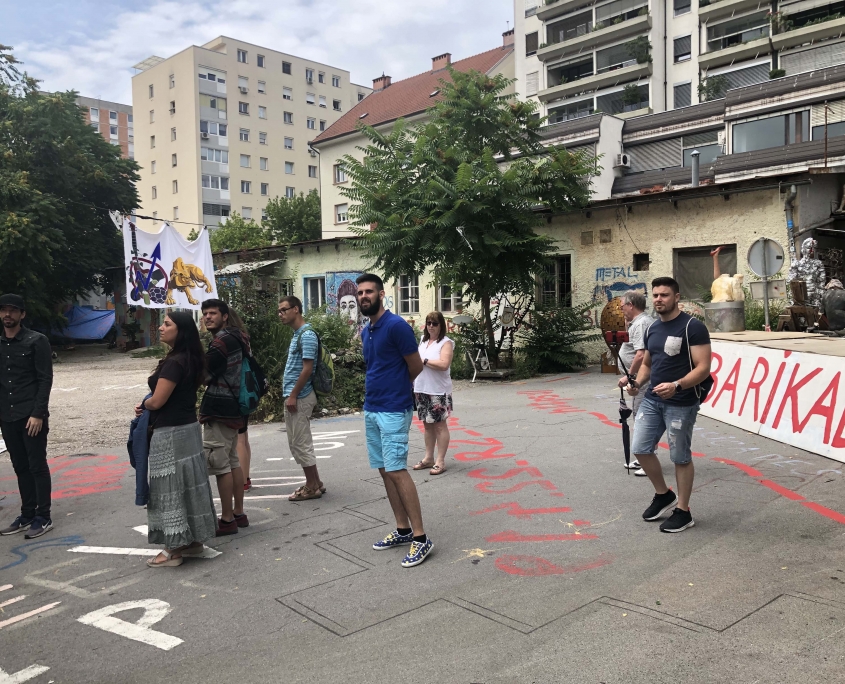 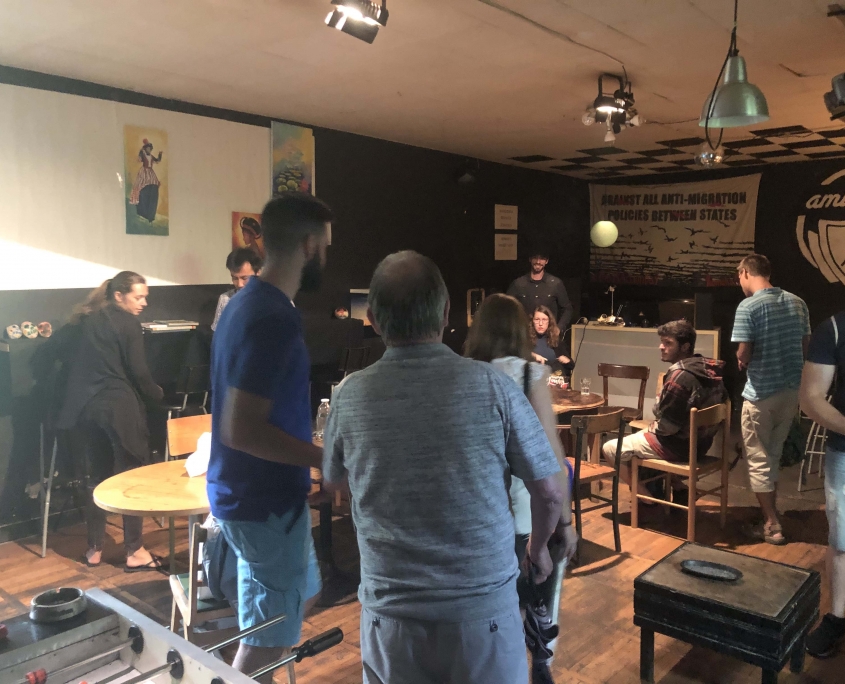 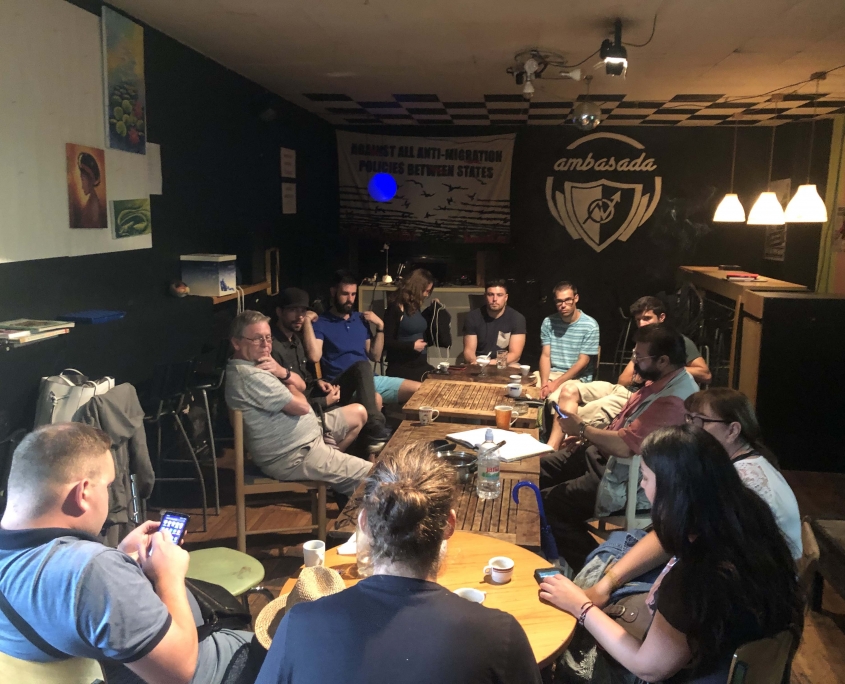 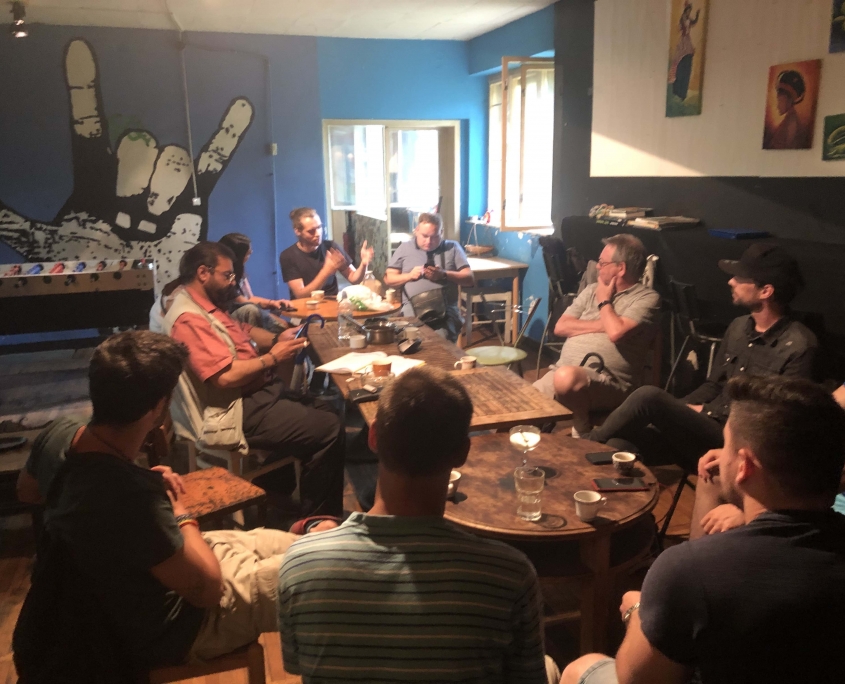 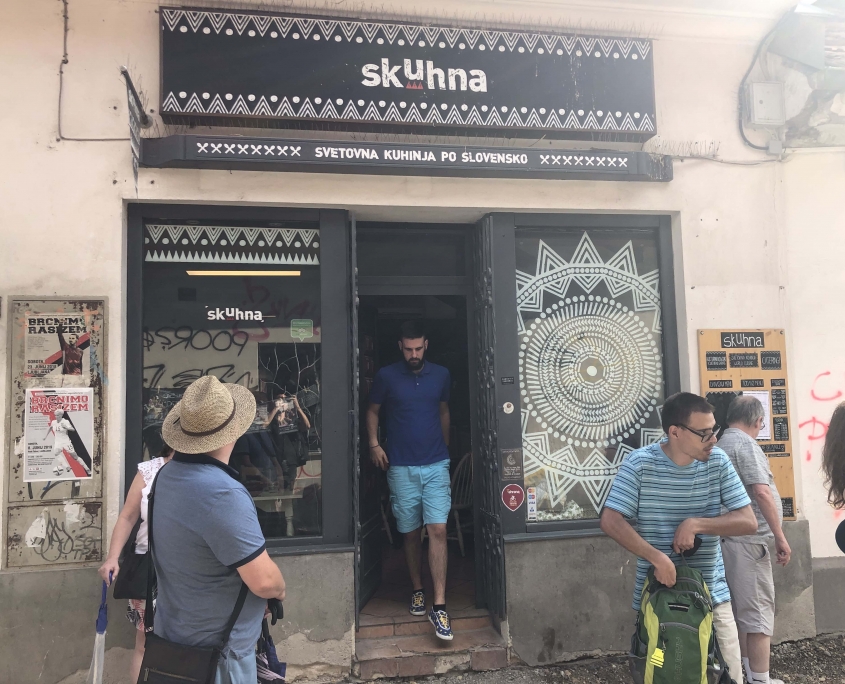 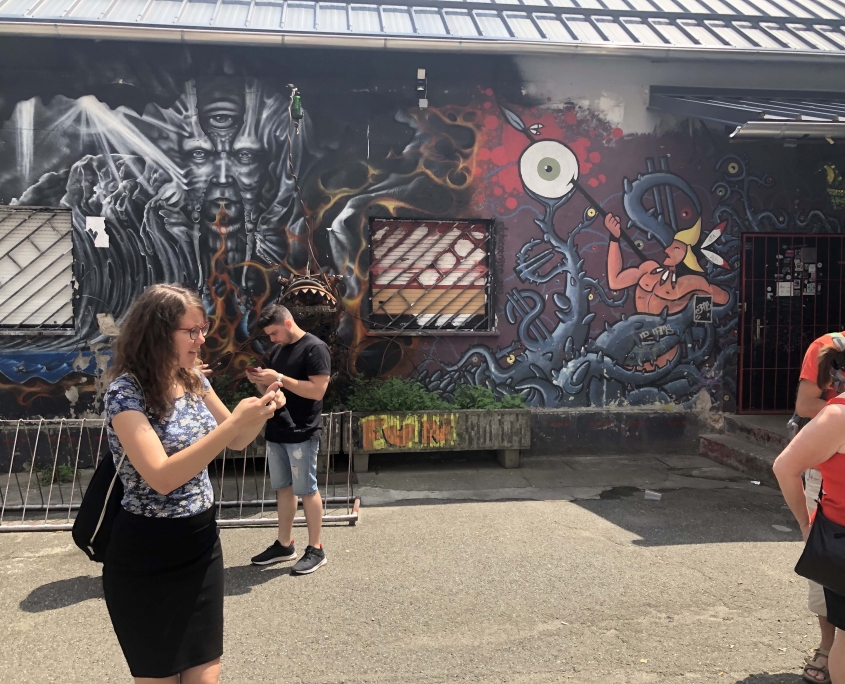